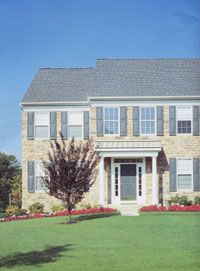 Our company was formed in 1975 as a plumbing company operating under the name Fred Derby & Son Plumbing. Although we started in the Coopersburg area, we began branching out into other parts of the Lehigh Valley and were soon well known in the area. As the housing boom of the 1980’s hit the Valley, we began to expand the scope of our work to building and renovating homes, which was a perfect addition to the plumbing business. We purchased several tracts of land to develop. With the opening of I78, the commercial growth in the Valley greatly expanded, and the company was fortunate to be a part of it.

Today the company has 20 plus employees and a fleet of 24 silver trucks proudly sporting the CCC logo in burgundy and black. We are proud of our past, and hope never to forget the lessons learned from it. Every year we look forward to new challenges ahead.

Nothing Replaces an
Award Winning
Experience